i'm a title and that's ok

And here is the long awaited Next Entry™. Not the entry I was hoping to write, mind you, but the entry you deserve. I've been meaning to write up on Bayes' Theorem (again), Pacific Rim (an awful hot mess), and maybe something about power plants. But, as is often the case with these things, I just haven't put enough time together, in a strong enough sprint, to get something post-able done. So instead you get this, me summarizing the goings-on of the last couple of months.

I had my biennial colonoscopy, and I'm sure you're thrilled to hear that my specialist said everything's looking great in there! So great in fact that he's suggested, and I've agreed, that I cease tak 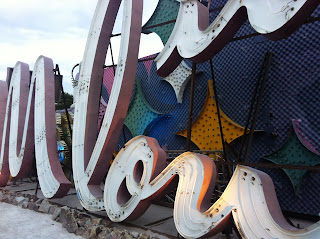 ing my Azathioprine (Imuran) medication, an immunosuppressant that I've been taking for... what, eight straight years? I'll be keeping a close eye on my progress, to be sure. Could I handle a relapse, to return to that spinning abyss? I'd like to think no.

I saw Man of Steel. I enjoyed the rendering of Krypton, and the care taken in the action sequences. But it's still the same story, with some implausible strategies taken by both sides: things that detracted from my experience. A not regrettable, probably forgettable film.

I also saw This Is The End and got quite a few laughs out of it. I saw it at Yorkdale, of all places, and that place is run, and is filled with, the most idle, indifferent, negligent teenagers known to man. Back there I will not go. I probably won't see this one again either; it's in the same league as Pineapple Express.

Jenning and I got around to building and painting the Ziggurat game pieces. We submitted this instructional video into the Cards Against Humanity game design contest. Unfortunately we never heard back from them -- but that's o.k., we still have creative momentum and I'm going to try have a more modest version of the game ready soon.

I went to Las Vegas with David for The Amazing Meeting! 2013. Having gone before, I was prepared, mentally, for the full days of convention-ing. I also gave myself extra time for some extracurricular activities, including visiting the Neon Museum (photos) and trying my hand at a gun range. I played a little bit of poker but did very poorly, losing $100 at the cash tables and dropping out pretty early in the celebrity game. Still, overall I enjoyed myself, despite my general distaste for the city, its glitz contrasted with the knowledge, and constant reminders, of the workers who toil to make this oasis into something worth visiting.